Homeschooling isn’t what it once was (or more accurately, what people believed it once was).  Yet there are some persistent  myths that just won’t die!  As crazy as it sounds, these myths have become so ingrained that even homeschoolers themselves can believe them!  Here are 5 homeschool myths you NEED to stop believing (and spreading to others)!

Way back in the 70s and 80s there was a movement in the conservative Christian world to pull children out of government schools and teach them at home because they were dissatisfied with teachings in the public school system that contradicted and disrespected their religious beliefs.  At that time it was true that almost all homeschoolers were very conservative Christians.  Times have changed, though.  While the majority of homeschoolers are Christians, we’re no longer the only ones in the mix!

In today’s time, homeschoolers represent every belief system around.  We are Christian, Muslim, Jewish, atheist, and every other option.  No longer are all homeschoolers only conservative republicans.  There are homeschoolers in every political party and some who don’t believe in any form of government at all.  It’s time we stop believing the homeschool myth that you can know someone’s belief systems based solely on the fact that they homeschool!

[Tweet “5 homeschool myths to STOP believing and spreading so you can be at peace! #homeschool #myth #socialization”]

Look, I get it.  When someone says ‘homeschooler’ people tend to picture a woman in a denim jumper with a perfectly kept home.  She grinds her own wheat each day to bake fresh bread for her family, made with eggs she gathered from the chickens in her backyard.  Reality check– that’s just no the case for most homeschoolers!  Once again, times have changed.  No longer are all homeschoolers stay-at-home-moms.  In fact, no longer are we all moms!  Dads are getting in on the picture, too.  Sure, homeschooling dads are in the minority, but it is a growing group.

A good chunk of homeschoolers earn an income now, too.  To be clear, I am not speaking badly about homeschool moms who aren’t out earning money of their own.  I’m one of them!  If you read my post about how women crave value you know that I don’t believe that what you earn determines your worth.  My point is just that there are many homeschooling parents who do it while working.  They work in the house and out of the house, days, nights, and weekends, and are self-employed and work for others.  We kind of cover all the bases these days!  Embrace the fact that homeschooling can happen whether or not someone is employed and toss out this homeschool myth.

Let’s get one thing straight right from the start.  A good chunk of the people who are labeled ‘socially awkward’ are actually just introverts.  There is NOTHING WRONG with being an introvert.  It’s not a problem, disability, sign of weirdness, or a result of bad parenting.  It’s simply a personality type where people feel most energized by time alone.  So, let’s remove introverts from this equation completely, okay?

Now that we’ve taken introverts out of the picture we’ve got two groups left.  The ‘weird’ (what some might call nerdy or geeky), and the ‘socially awkward’.  Somehow this completely false idea exists that it is homeschooling that creates these weird and awkward people.  I used to believe this myself when I was younger.  The thing is, it doesn’t even make sense!

Believing homeschooling creates this is actually pretty illogical.  Have you ever bee in a public school?  You are bound to see a few ‘weird’ kids and a few other ‘awkward’ ones in each classroom!  FYI, there is nothing wrong with them.  I’ve taught many of these kids and they are usually very sweet, bright people.  They just don’t quite conform to people’s ideas of normal, or are maybe dealing with something like ADHD or Autism.  If it happens in brick and mortar schools, it clearly can’t be caused by homeschooling, which makes this particularly frustrating homeschool myth completely false!

A lot of homeschoolers love going to co-ops.  They are a great opportunity for making friends and adding enrichment.  They’re a way for parents to pool their resources and talents.  The one thing a co-op is NOT is a necessity for success as a homeschooler!

While many homeschool parents do choose to use a co-op, there are a lot of reasons others choose to skip them.  First of all, most of them cost money.  Since a big portion of the homeschool population is living off of one income, they try to carefully select what ‘extras’ they spend money on.  Other families want to to make sure they don’t over-commit themselves, so they pick and choose which activities they join.  Whatever their reasons, families who forego a co-op are NOT doomed to fail.  Their kids will be just as bright and well adjusted as those who join these groups!

I’m going to pause here and address the giant, flashing, neon elephant in the room.  Socialization!  I know some out there will think that homeschooled kids can be smart without a co-op, but that they won’t be properly socialized without one.  First, kids are people, not puppies.  We don’t have to take them to special training classes to keep them from biting others.  Second, refer to myth #3.  Homeschoolers are not at greater risk for being ‘socially awkward’.  Finally, there are LOTS of opportunities for kids to interact with others that don’t involve a co-op.  Church, sports, library story time, clubs, the grocery store, and siblings all provide a chance for kids to learn to work with others!

Myth #5: Our kids can’t get into college

Believe it or not, homeschooled students don’t need to switch to public school for high school in order to get into college.  Every year across the country homeschoolers are getting into and excelling in college!  In spite of that fact, people continue to believe it can’t happen.  Here’s the truth, though.

So, the next time someone tells you your kids can’t get into college if you homeschool, you can just remind yourself it’s a myth and ignore them.  Better yet, take the opportunity to educate them!

A big part of why homeschool myths persist is that homeschoolers fear they could be true, so they continue to believe and spread them.  That’s why we need to take the lead in putting an end to them!  As a general rule you should probably avoid statements that begin with, “all homeschoolers…”.  That’s a pretty good sign that whatever comes next is a myth!  If you hear yourself saying it, stop and remind yourself that it is a LIE.  When you hear a non-homeschooler say it, teach them why it’s a myth.  If we keep trying, we can put a stop to these silly myths!

Math Curriculum- My Favorite {FREE} Program & Why You’ll Love It

Homeschooling 101: Learn the Love- Why Will You Homeschool 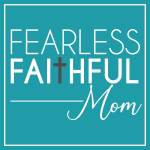